I am a new crew and i joined Jacques in Port Vila, Vanuatu, on 14th june. I met Jacques when he was in Napier, New Zealand. 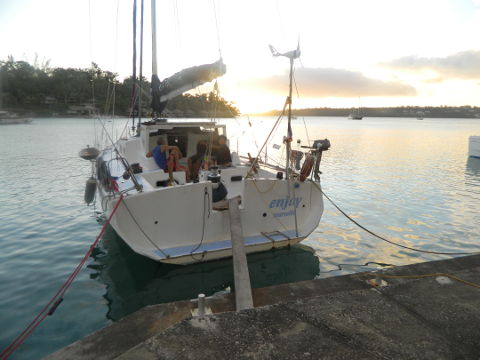 We arranged to meet in Port Vila and sail the south east trade winds to New Guinea, Australia, Indonesia. So i could gain some blue water experiences.
In port Vila as part of my experience, this includes preparing the boat for a long journey such as fixing a second hand inflatable that Jacques bought in Noumea and other preparation jobs, all part of seamanship!
There were also some time needed 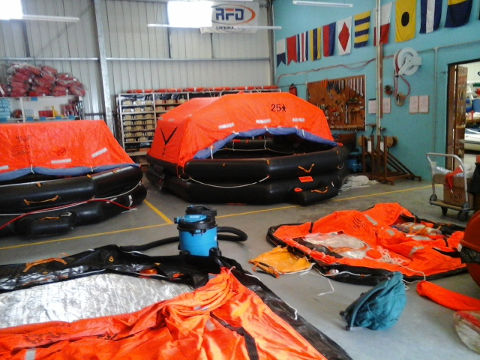 to repair the liferaft which blew end on the trip from New Caledonia to Vanuatu so we did not leave port Vila until 21th june.
Jacques was also busy arranging with the locals from Tana island a project to get a transport together. If this can be achieved , the lives of the people will improve for the transport of the materials and local produces.
Anyway as all the boaties and locals in Port Vila are speaking french, i was feeling a little leftout so was keen to finally get sailing on 24th.
We sailed north, set

the assymetric spinaker and found a beautiful bay called

Banan Bay in Manikola island.
All the local 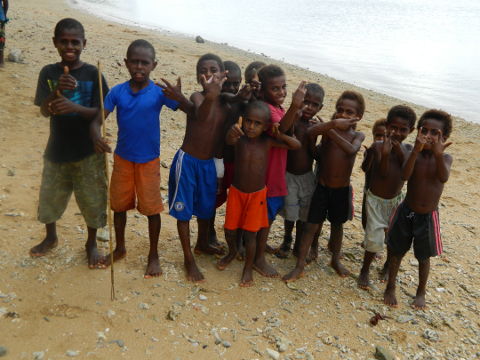 children came down to the beach to welcome us. Very special and WHATS more they all spoke english – fantastic. We were introduced to Jack 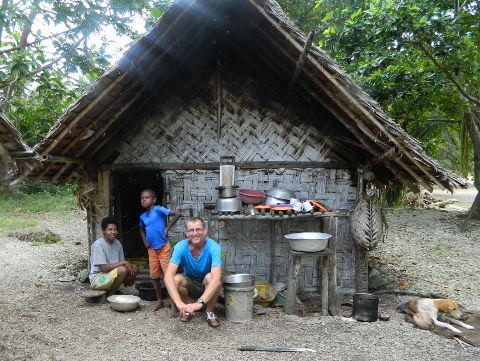 who took us on a tour of his  garden which is the hill behind the village! Taro, local spinash, 60 cm beansand of course lot of coconuts! we could only see a 50w solar panel for the whole village so no electric lights . Jacks son, 10 years old, said he leaves for school at 6am and walk 2 hours to get there (and of course 2 hrs to get home). All the school children are very fit!
Jacks oldest son climbed a coconut tree in about 30 seconds. Anyway Jack and oldest son come back to the boat and we swapped some flour and sugar for some local produce. It was a wonderful

experience. The next morning we sailed to Espiru Santo our vanuatu leaving port.
After further provisionning and clerances it was goodbye to Vanuatu with mixed feelings.

Sorry Simon i am unable to read your writing .. so just some pictures of the passage from Pacific Ocean to Indian Ocean, crossing Coral sea, Arafura sea , Timor sea and Banda sea 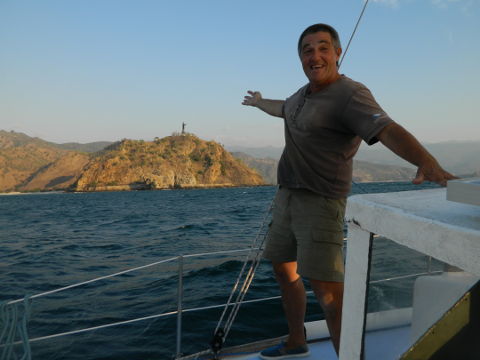